Does reaching certain age milestones significantly and disproportionately limit your physical capabilities? Is it possible to defy ageing and stay fit as you get older? Or are we just more likely to allow doubt and a ‘glass ceiling’ limit our ability the older we get?

‘Don’t let those who haven’t tell you that you can’t.’

Must Athleticism Decrease With Age?

Everywhere we look, we see literature that tells us our athletic ability diminishes with age (after a peak between 20-35ish) depending on the sport or discipline. The media seems to keen to brainwash us that staying fit is considerably more difficult.

We hear constant commentary on how ‘elite athletes or sportspeople’ are past their best and reaching retirement age (whatever that is? – Jo Pavey?). But every now and again, someone in their ‘twilight years’ wins something. When they do, the media goes crazy. Amazed at such an improbable feat.

In many sports there are even age related handicapping systems. Like Age Group Triathlons for instance. These have been designed to help compare athletes who are ‘past their peak’, against those in their ‘prime’. Trying to create a level playing field so those who are getting older can compare themselves with younger counterparts. Such measures, whilst having certain value, further consolidate our belief that we can forget about improving our fitness as we get older.

And the raw data tends to confirm this theory. Performances wane and improvements become more scarce as the passage of time rolls inevitably on.

But some (a limited few) buck this trend. They show improvement long after their supposed optimum athletic age. Is there something different about their bodies? Something special about their genetics? Perhaps.

I rather suspect the biggest difference is within their hearts and minds. That these few have shrugged off the dogma of ageing and dare to believe that they can continue to improve despite their advancing years. The increased self-belief results in continued commitment and dedication to training. Almost akin to the underdog mentality. Something that may well have otherwise fallen by the wayside.

Those who believe that age limits them, will naturally (if only subconsciously) begin to ease down. They will drop the more intense training sessions to protect against injury. They may even give in to temptations and poor dietary choices. Because, in their minds, they are too old to progress: so why bother trying? And thus, they shape their own downfall, and are inescapably destined to regression and decline. Their belief (or lack of it) becomes a self-fulfilling prophecy. They accept mediocrity.

I believe the latter holds more of an explanation than many would imagine.

Don’t let those who haven’t tell you that you can’t. If you want to remain as fit as you can as you age, do not submit to the brainwashing. If you want to continue to aim high and continue pursuing your potential, refuse to believe that age is an unsurpassable boundary.

Don’t fall into the trap of over complicating your goals! I recently read the results of a survey from a major British charity which focused…

Why do the majority shrink and shy away from challenge? Has this reluctance to commit to personal challenge become second nature? Whether a physical challenge… 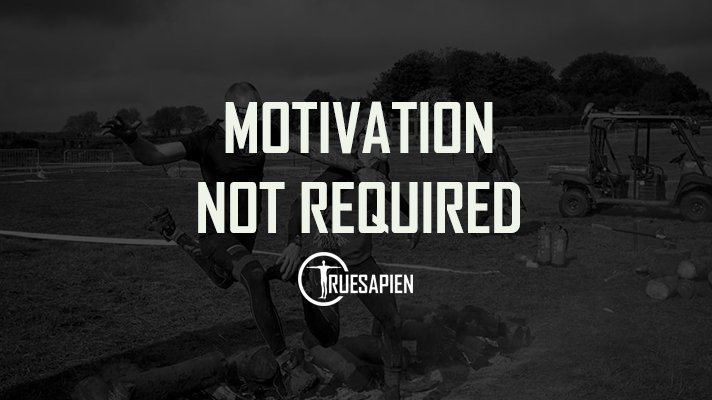 Self motivation isn’t the key to achieving success. In fact ‘self motivation’ is often the cause of failure or a complete lack of drive altogether……..…...

10k is a popular distance in the running community, from beginner runners, intermediate runners through to experienced runners. Why 10K? The standard progression from a…

The challenge was simple. To not eat or drink, other than coffee and water, for a 48 hour period. The thought behind it My 48……...

This site uses Akismet to reduce spam. Learn how your comment data is processed.