Are our streets a safe place to run or are you literally running scared? The onset of Autumn/Winter and the dark morning and evenings that accompany it introduces to some of us a most unwelcome barrier to our running plans.

What is the problem?

TrueSapien and ‘ExploreRunner’ Tim Caldwell addresses this issue and how fear of running in the dark may be overcome.

As a man, I don’t feel like I have to deal with anywhere near the same number of barriers that women face in today’s society when it comes to going out for a run. No-one seems to care what I wear, how I look, or that I am indeed exercising in public. No, I’m not looking for sympathy! I don’t go out feeling like I might be followed, cat-called, sneered at, spat at (yes, a running club member reported this!) or ridiculed for running. I also don’t worry that the clothes I’m running in might provoke verbal abuse. All of the above have been highlighted by women as having had an impact on their decision to run or experience of running.

How real is the threat?

Like every runner since the film came out, I’ve had the really original ‘Run Forrest, Run!’ shouted after me, but I tend to just take it as a sign I must be running at a good pace for the comment. My eternal optimism does have its good points!

For many of my fellow runners, often women, the possible environment and atmosphere is far starker. Every ‘blackspot’ between street lighting is a potential place for people to lurk. That person who crosses the road is a potential danger to be aware of. The cul-de-sac or other street leading to a dead-end is a big ‘no-no’ when running alone as a female.

The abuse I’ve heard reported by female runners from the general public, both men and women is sickening. I just don’t get it. Women who run are probably doing it for many of the same reasons I do: to maintain or improve fitness, for enjoyment and some ‘me’ time, to discover new places, to lose or maintain a healthy weight, to burn off the anger/frustration/problems of the day. Where is the respect for people aiming to lead a healthy life? I’m sure it comes down to jealousy, idiocy or ignorance. I find it deeply troubling in modern society, when we have so many ways to be informed citizens, that intimidatory practices such as cat-calling, shouting abuse, ridiculing people who exercise, or following runners is even a ‘thing’ that some people think it OK to do.

What can be done?

Changing the attitudes of the masses is highly unlikely in the short term. Whether out of jealousy, ignorance, sexism or a combination of all plus countless other undesirable attributes, it’s something that isn’t going away. We have to tolerate it and deal with it in order to pursue the way of life we have chosen.

Tim gathered some feedback and suggestions from friends and acquaintances on how to best deal with the dangers:

One of the major ways in which you can stay safe and be seen in the dark is by wearing a headtorch. Brighter the better! Anyone you’re running towards won’t have a clue what you look like. For people who may harbour an opportunistic threat, not knowing if you’re male or female may well be enough to put them off from trying anything.

If you’re female then more neutral colours are best. Why shouldn’t you wear what you like?! I agree with you – it is a sad state of affairs but one that needs exploring. If you’re wearing pink (and by the way, pink truly is one of my favourite colours), then an opportunistic low-life is likely to assert that you are highly likely to be female…

iPhone’s ‘find friends’ and Garmins ‘LiveTrack’ are invaluable and can give the user and your loved one’s additional peace of mind.

Run with a friend

Not always possible and sometimes defeats the object of the ‘alone time’ benefit so appealing to many.

Try to stick to busier, populated, well-lit areas to limit the opportunity for people to act in a disgusting manner towards you.

This is one I particularly struggle with. Sticking to an amount of time which you agree in advance with your loved ones at home. ‘I’ll be home in an hour!’ I’ve been known to say, coming back maybe two hours later. However, this could well be useful for you to try.

One of the things that opportunists might use against us happens to be one of our strengths – our discipline. We also tend to be creatures of habit, adopting and following the same well-worn path(s) on certain morning or night-time runs, or heading out at the same time on the same nights. Change things up a bit, become less predictable and as such, the likelihood of you suffering any issues will decrease too.

This one can be so difficult, but being in control of your emotions, channelling them into your running and looking where you’re going is so important. Horrible comments, shouting and swearing are incredibly upsetting and it is during these moments that you need to stay strong and focus on your running. Avoid the temptation to rise to the bait, knowing you can vent later in a safe environment of family and friends. As hard as it is, don’t let it get to you. Some people reported having people run alongside them. This can be so dangerous, particularly for the abuser, as they would tend not to be looking where they’re going. If this happens to you, my advice would be to ensure you keep looking straight ahead, avoiding eye contact and ensuring you can see where you’re going. In this situation, your safety is paramount.

Abuse like this will continue and increase unless it is challenged. The more that this is reported, talked about and publicised, the more society will understand and appreciate just how unacceptable it is. Tell the police, inform your running club or your family. Building a picture of what is happening could be valuable in enabling action to prevent abuse.

The people who think it’s OK to hurl abuse at runners, mock them by running alongside them, shout from car windows, follow and intimidate, sadly are people who have families. They are known, they have friends, brothers, sisters, parents, children, just like the rest of us. If you know people who think this kind of behaviour is ‘funny’ or ‘a bit of a laugh,’ it’s really up to you to stand up to them and educate them. Schools already do so much to attempt to instil a degree of respect for others, so this education is more about society as a whole.

If something doesn’t seem right and you are able to do so safely, cross the road, turn around or take a different turning. It’s better to avoid a potential situation if you feel an instinct about it, than to regret having acted later.

Thanks to Tim Caldwell for such an informative post on a topical and sensitive issue. To read more from Tim, head over to his blog at Tim’s Running World.

Is there a ‘secret’ to being fit and healthy? Being TrueSapien is as much about challenging attitudes and beliefs as it is to be challenging……... 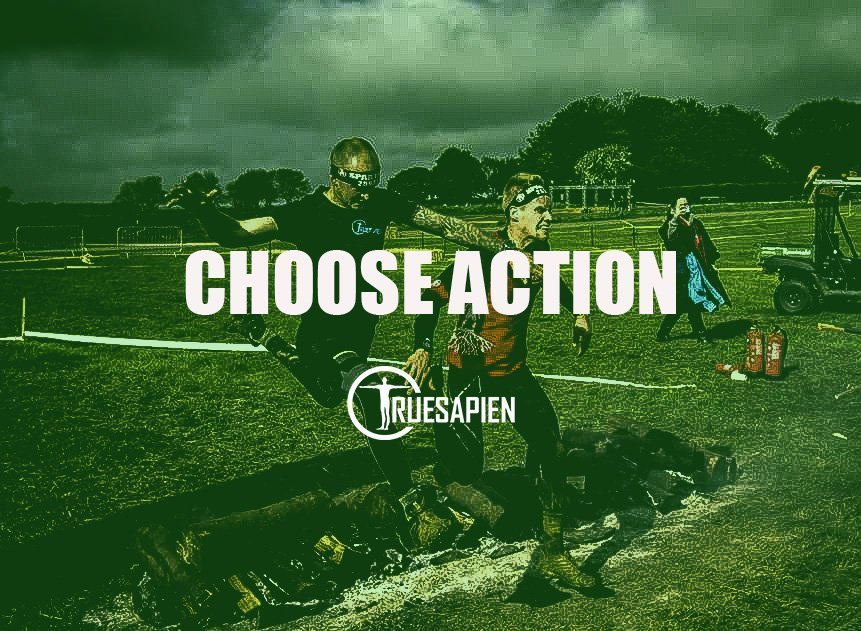 We have a choice. Either be inspired and achieve more than you ever thought possible, inspiring others in the process. Or be jealous, and live……... 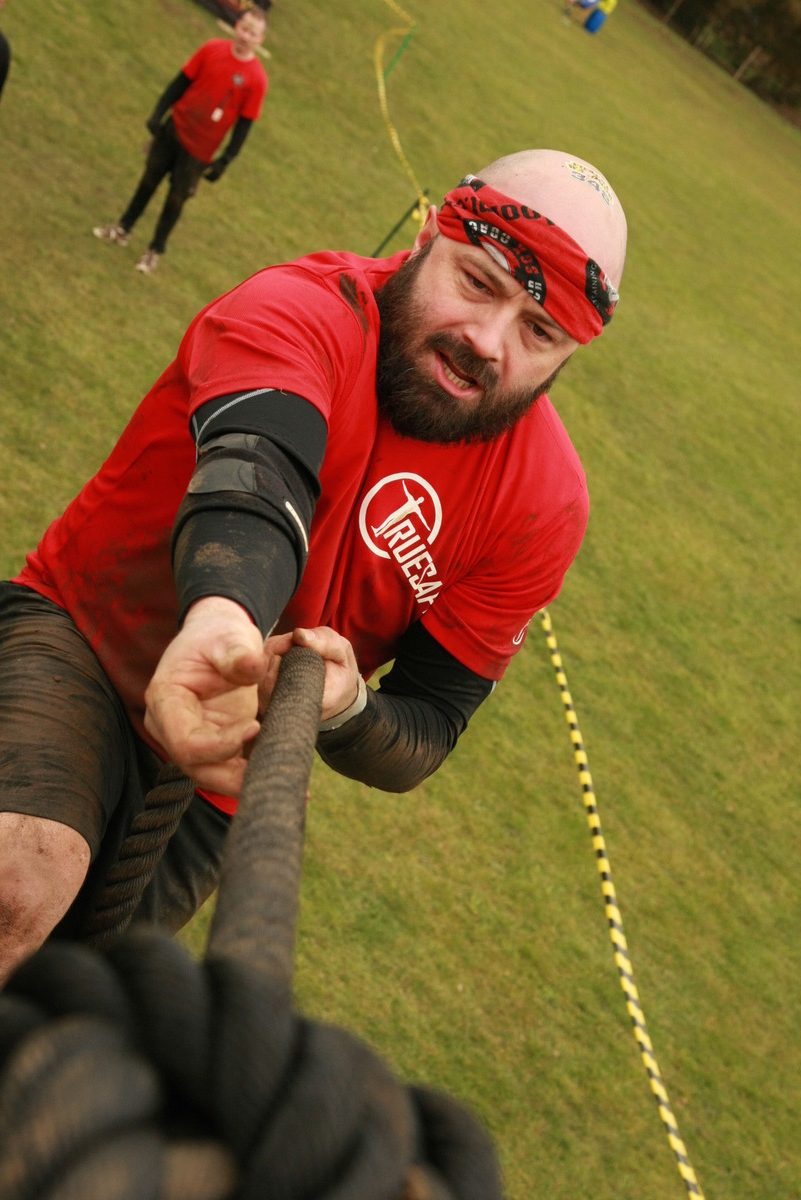 So are you TrueSapien? What makes people stand out in life versus those that are happy to merely exist? There is no exact definition as……...

What is progress anyway? I’ve been thinking a lot about the notion of ‘progression’ recently, but have I been judging progression based on the wrong……...

This site uses Akismet to reduce spam. Learn how your comment data is processed.